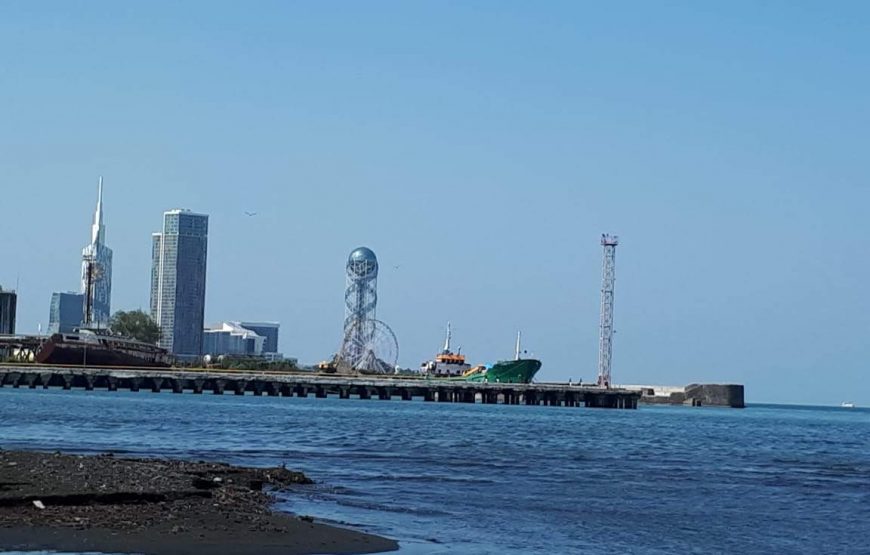 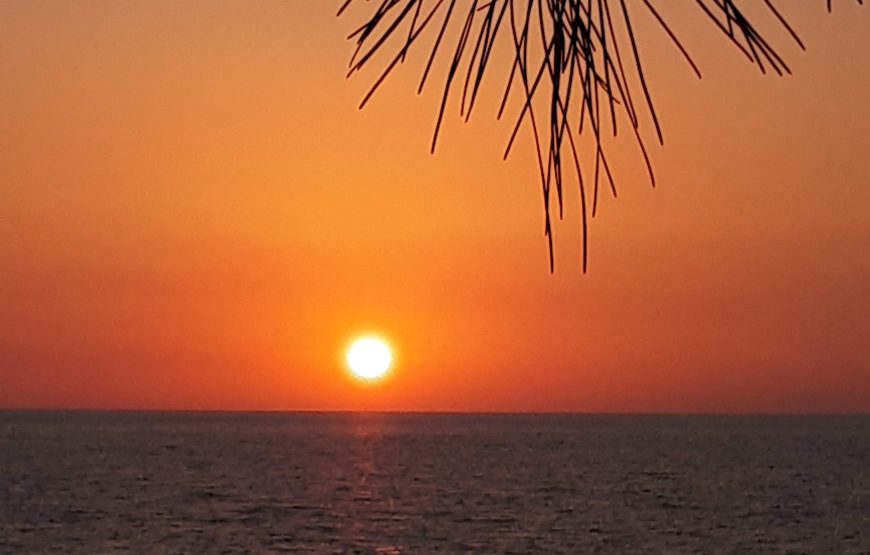 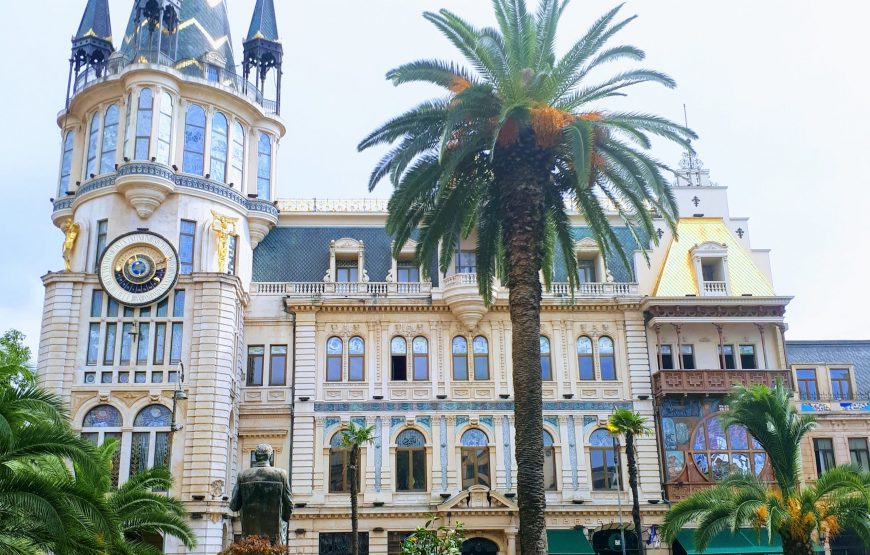 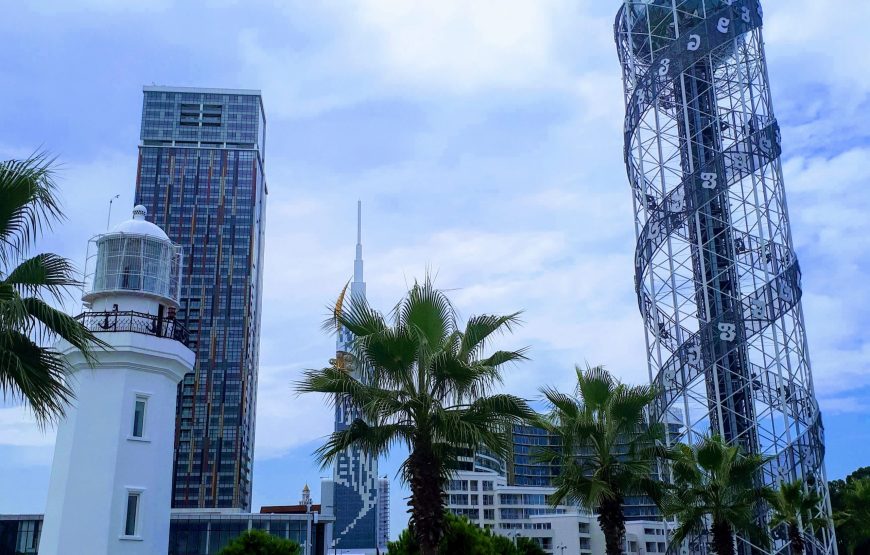 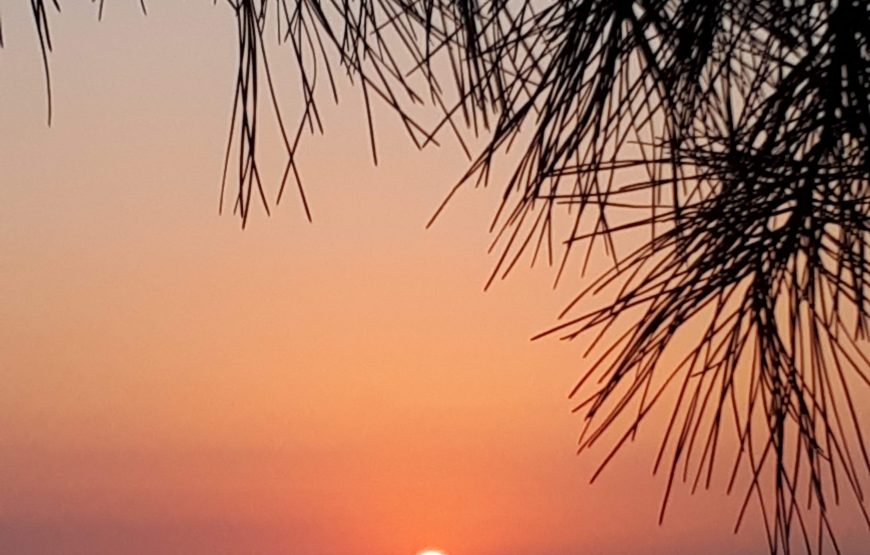 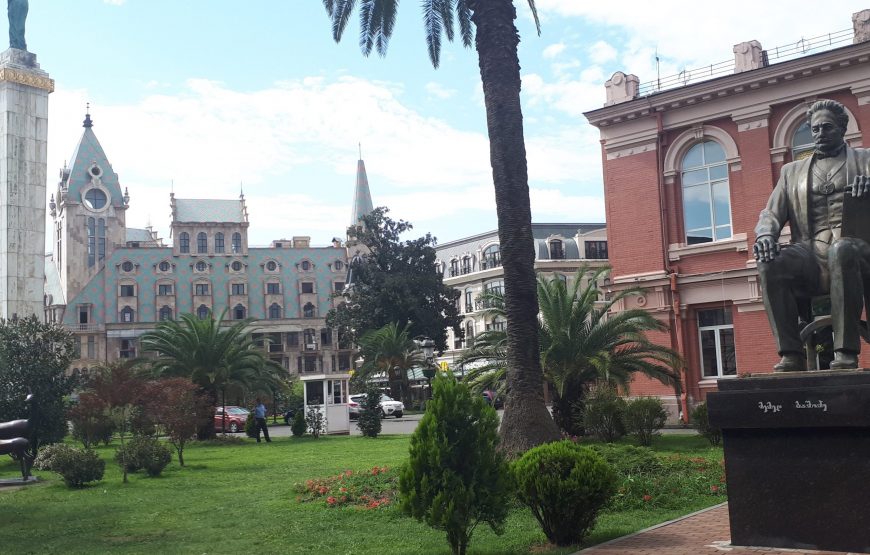 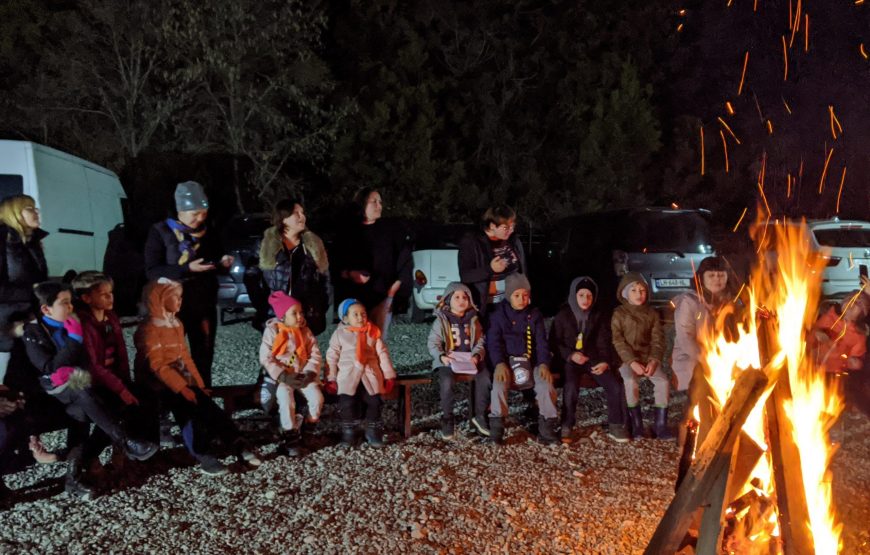 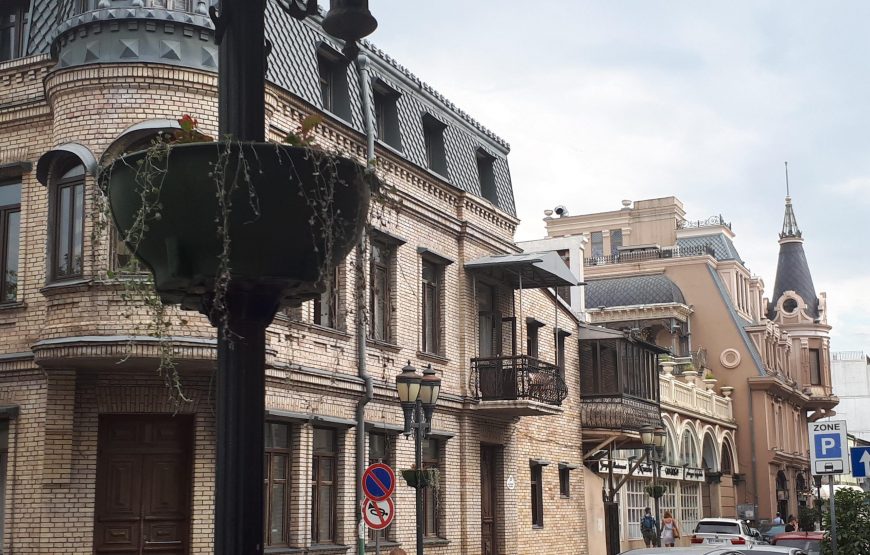 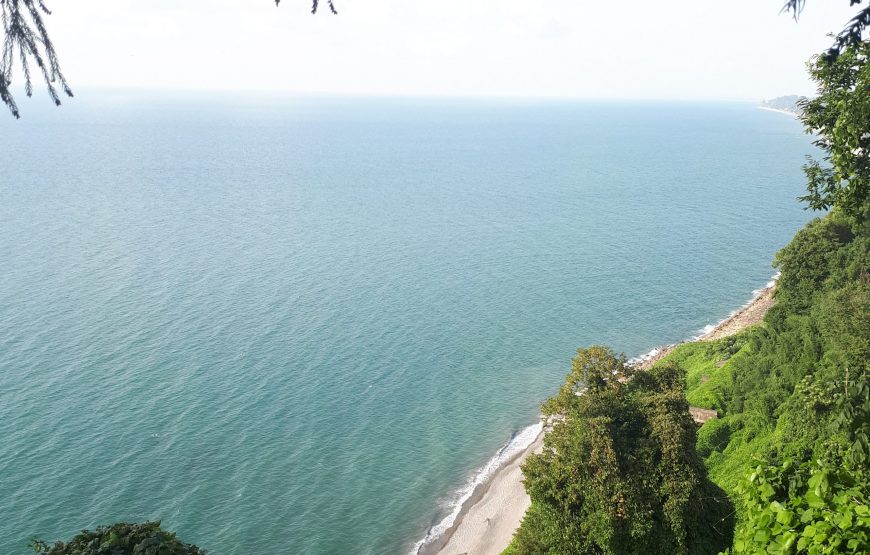 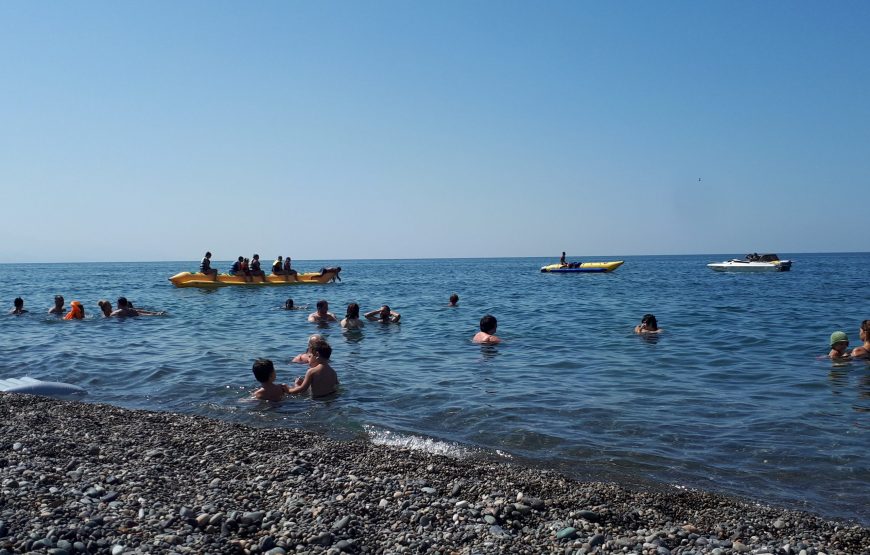 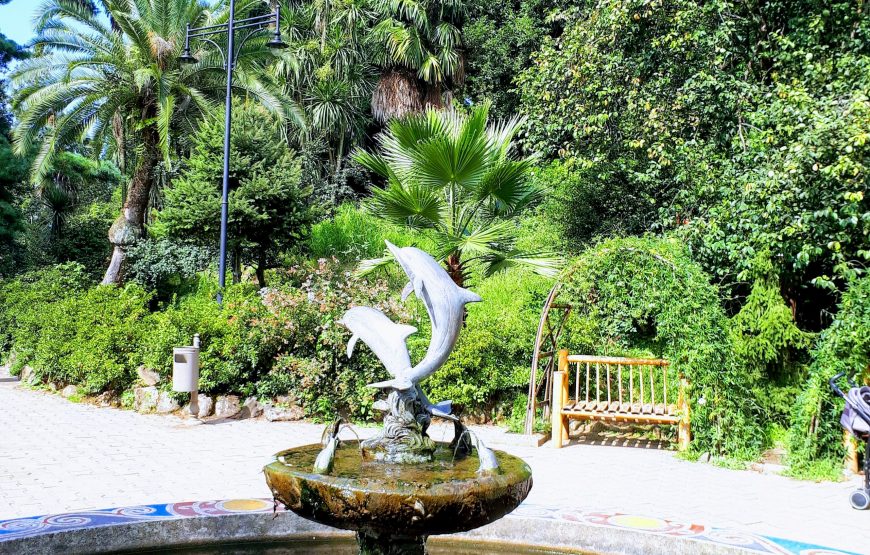 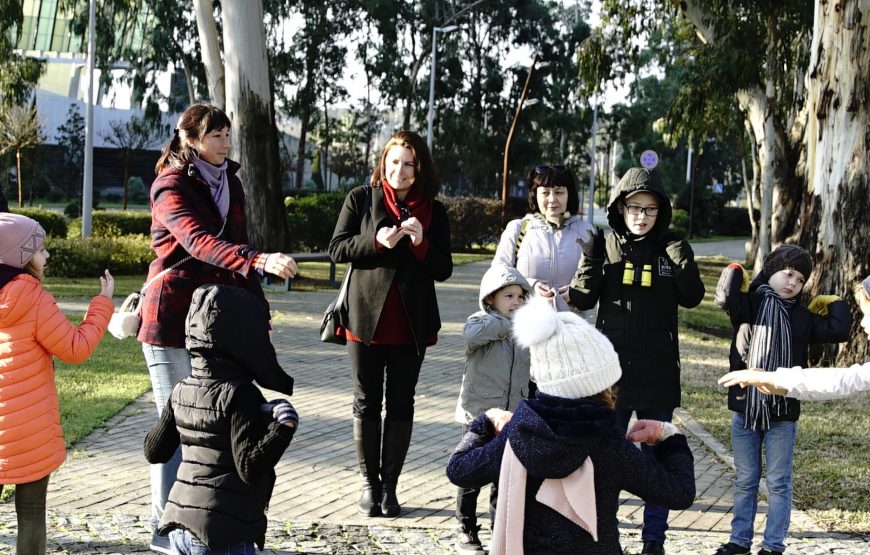 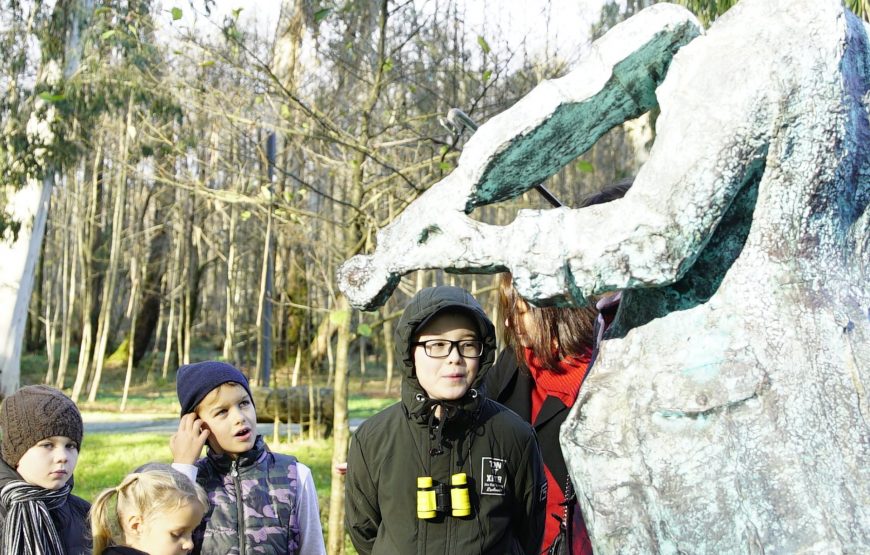 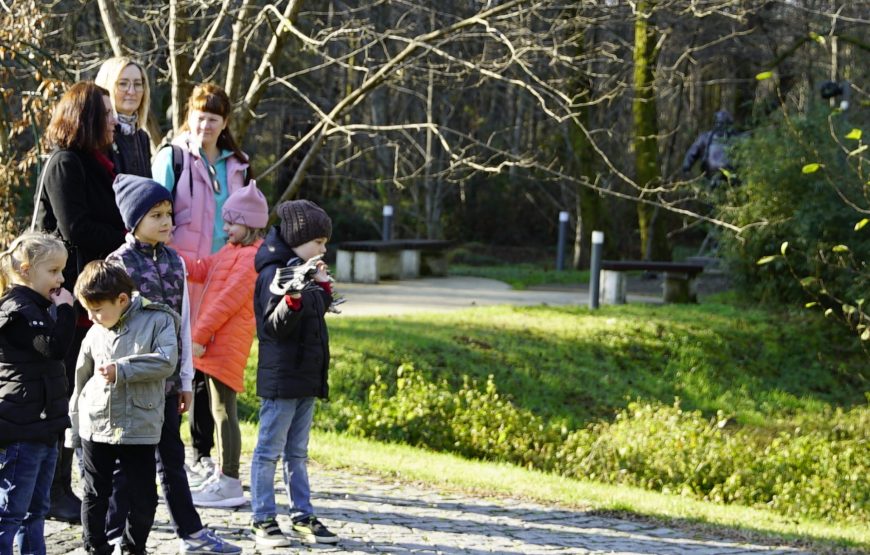 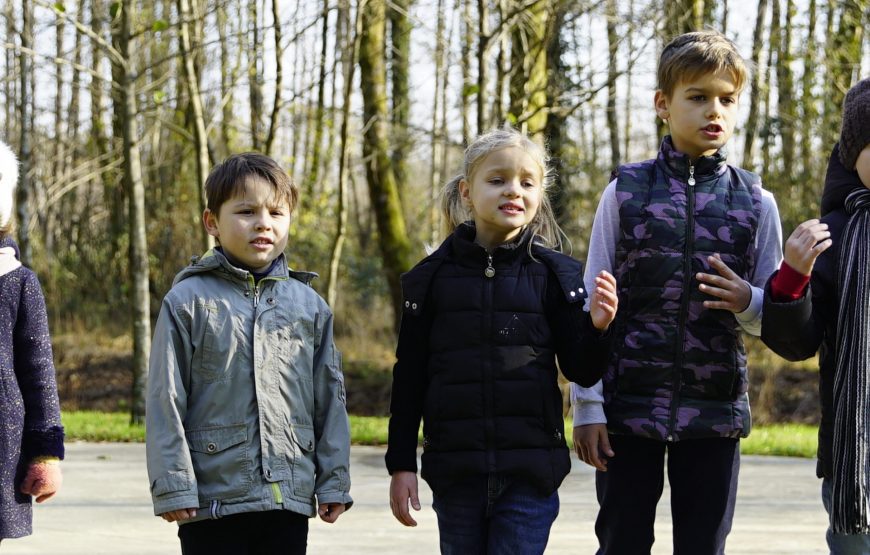 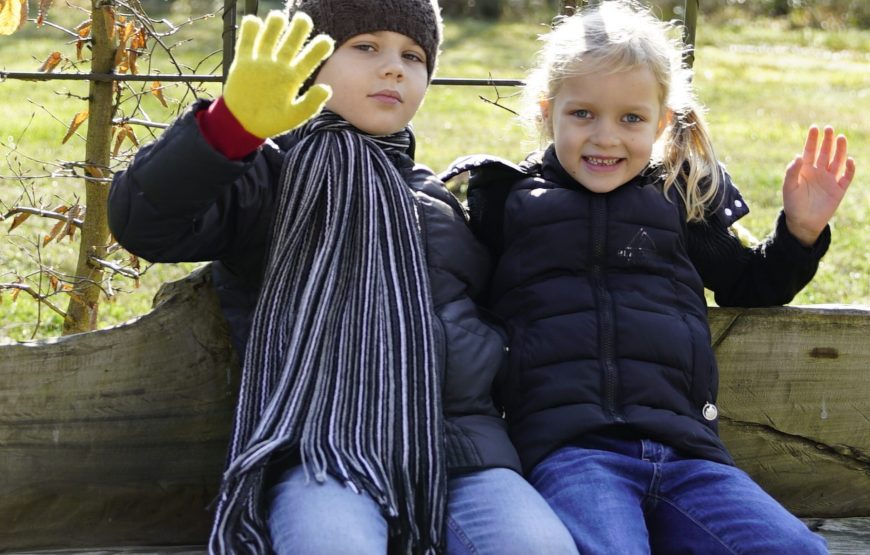 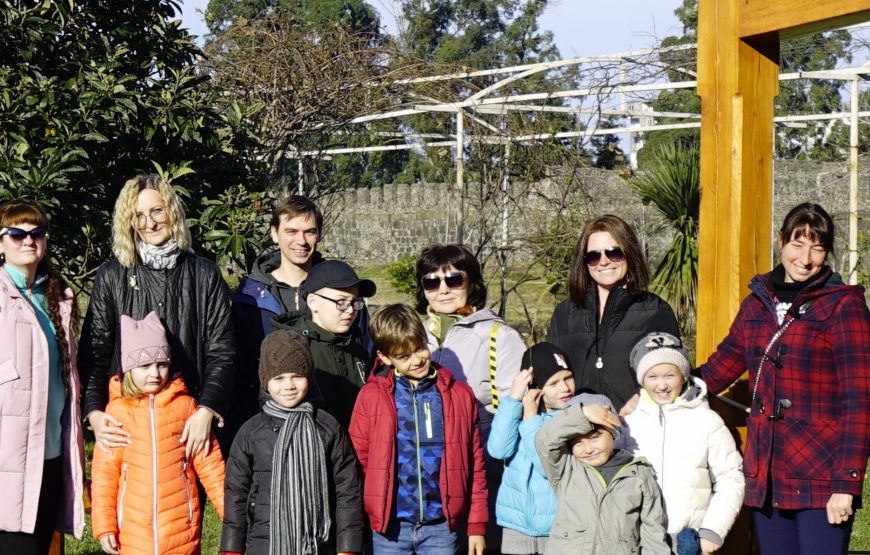 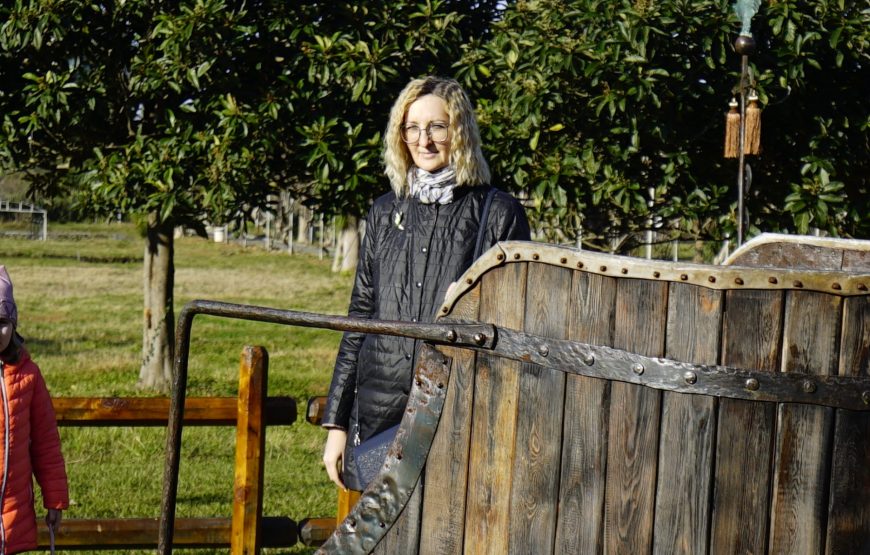 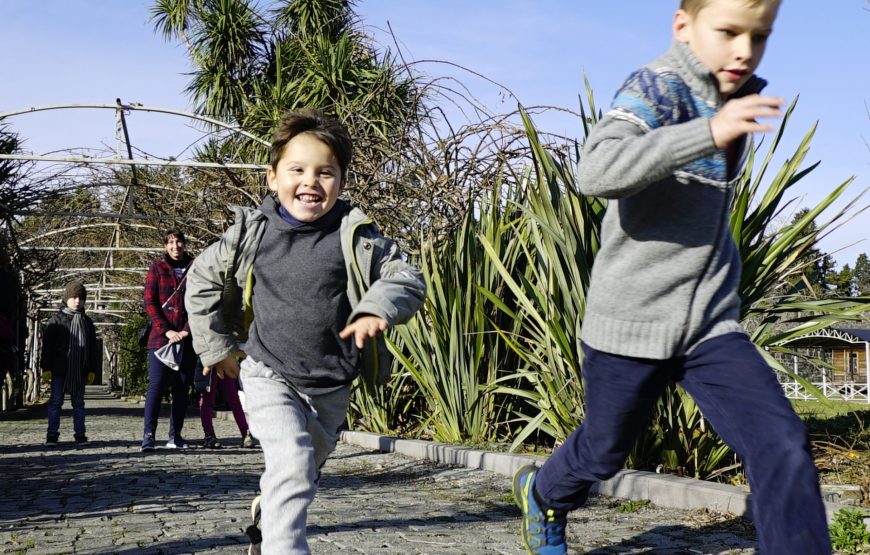 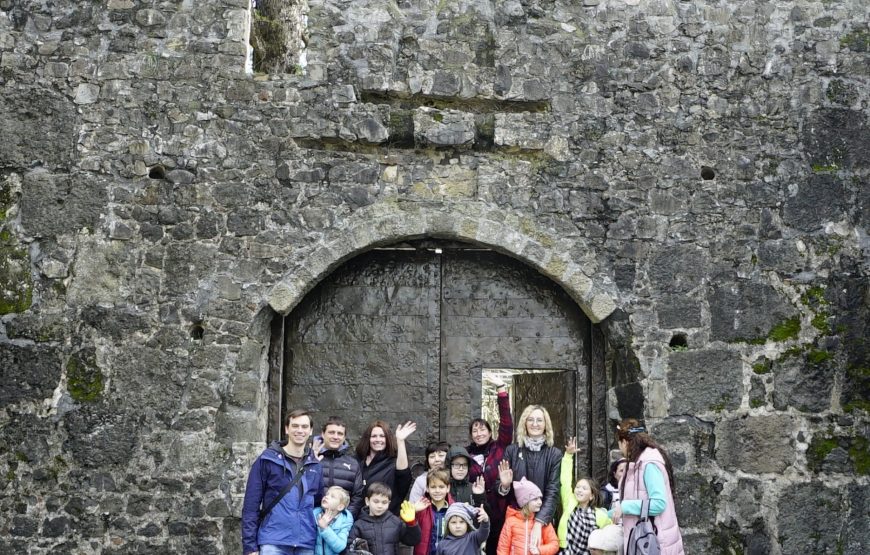 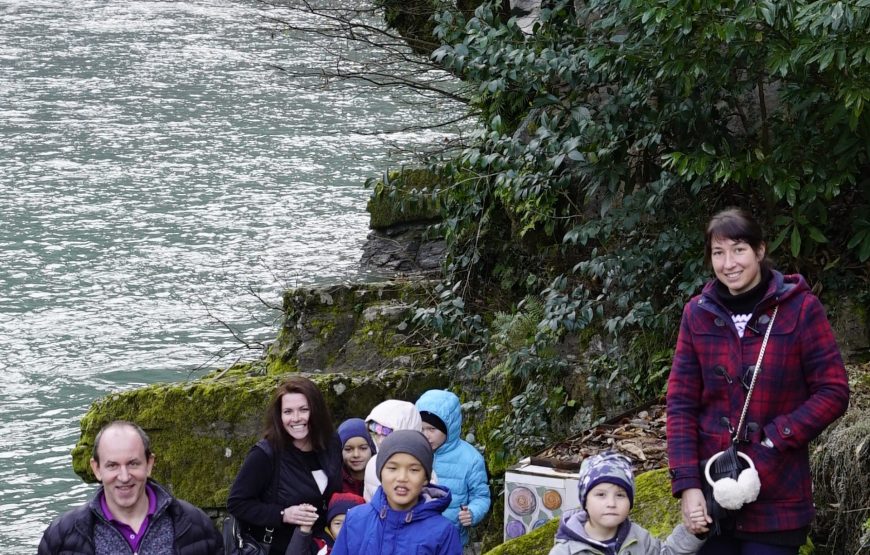 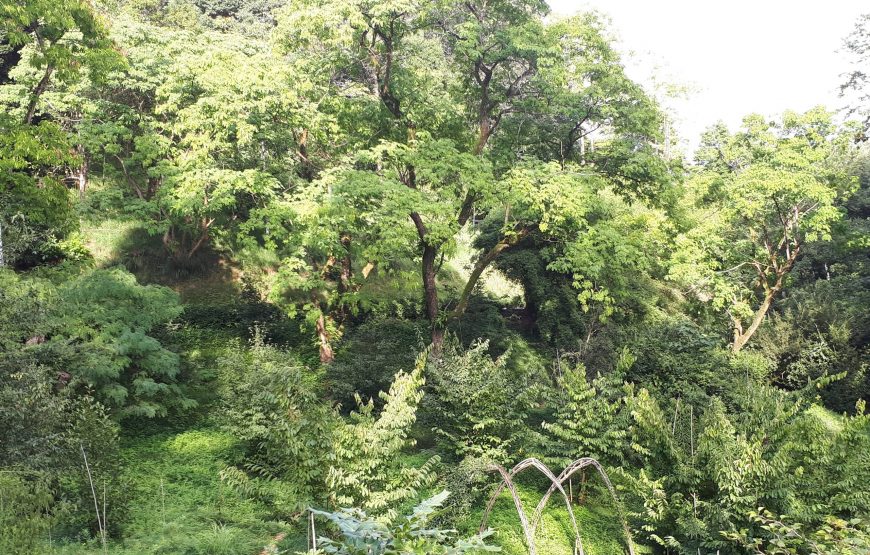 Inclusive children and their family should live full and active life. We make a goal to create all inclusive Georgian Holidays for YOU. This tour gives you opportunity to acquaint and become friends with families who DO live the same inclusive life as you DO.
We believe that communication in unofficial atmosphere makes us relax, to feel in with new energy. The program adopted for special needs of inclusive families. We want you acquaint with our country that has picturesque nature, ancient history, and hospitality that became a part of our genetic code.

Our representative will meet guests in Batumi Airport arrival lounge and you will be transferred to your Hotel in Ureki.
You will have time to have rest and lunch. At the agreed time our Representative will meet you at the Hotel's hall to accompany you in a walk.
Ureki beach is famous for its magnetic sands. During two hour relaxing walk we will have games and you will find out a lot of interesting facts regarding healing properties of this sand.

You will be acquainted with inclusive child team insight. Close active communication with people who live the same live as you DO. It fills you and your child with huge positive energy.
Then you go to Shekvetili Music Park. A very nice place in the centuries-old eucalyptus grove. There are 37 sculptures of famous Georgian and World singers, composers, dancers. Each statue has a speaker with motion sensor. As you get closer, popular songs of the Artist begin to play. This Park makes you feel light and inspired. "
Inclusive Community Village Excursion to Inclusive Community Village. There are active leasure break with different games from world wide. At the end special movie screening.

Botanical Garden. It is one of the largest botanical gardens in the former Soviet Union. The garden located in the picturesque Green Cape, which is located 9km from Batumi. It occupies 109 hectar and starts its history at the end of 19th century. The garden collection is comprised of up to 1800 taxonomic units, with 90 of Caucasian origin. Miniature Park occupies approximately 2 hectare. On the Park complex territory there are more than 50 miniature copies of the most famous and important architectural monuments of Georgia: churches, cathedrals, monasteries, palaces, theaters, fortresses and cave cities. Interactive Concert in Inclusive Community Village.

Batumi sightseeing excursion with raise to Trinity Church View Point by cable car. Gonio fortress. It was knows as Apsaros in antient world. This is the bright evidence of the Roman empire on the territory of Georgia.
It is believed that the grave of Saint Matthias, one of the twelve apostles is inside the Gonio fortress."

Individual wellness program
Prometheus Cave Natural Monument is located in Imereti region. The total length of the cave is about 11 km, of which 1060m are open to visitors.
Cave is located 40 meters below sea level.
Tourist route is 1 hour and it passes through Argonauts Hall, Kolkheti Hall, Medea Hall, Love Hall, Prometheus Hall and Iberia Hall. Sataplia Nature Reserve is located in Tskaltubo district. Established in 1935 to protect the Sataplia Cave and dinosaur footprints found in this area.
Sataplia can be freely translated as a "honey place". In Georgian language "tapli" means honey and in fact bees used to live in small holes and caves and honey was harvested by the local population. We will have dinner party in Inclusive Community Village.

In the morning you will have breakfast. Then some free time. And at the agreed time we will provide your transfer to Batumi International Airport

24 hours before the departure date 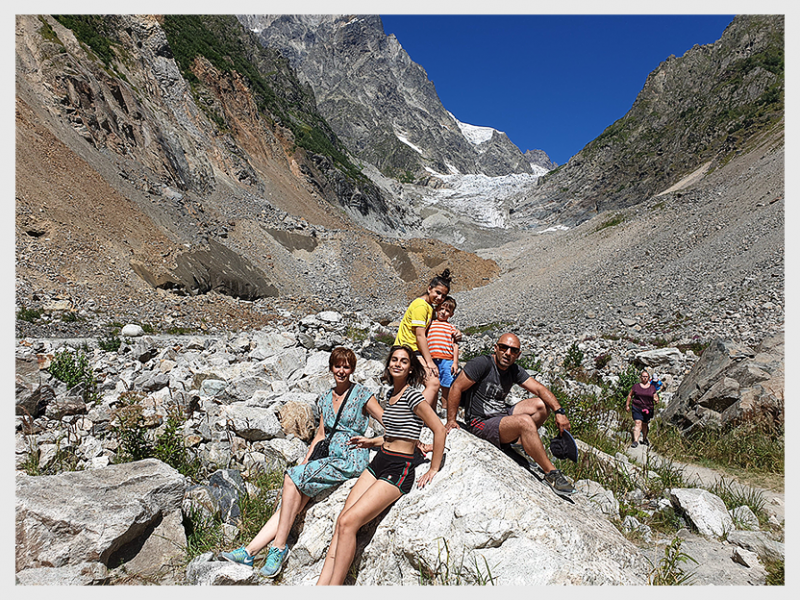 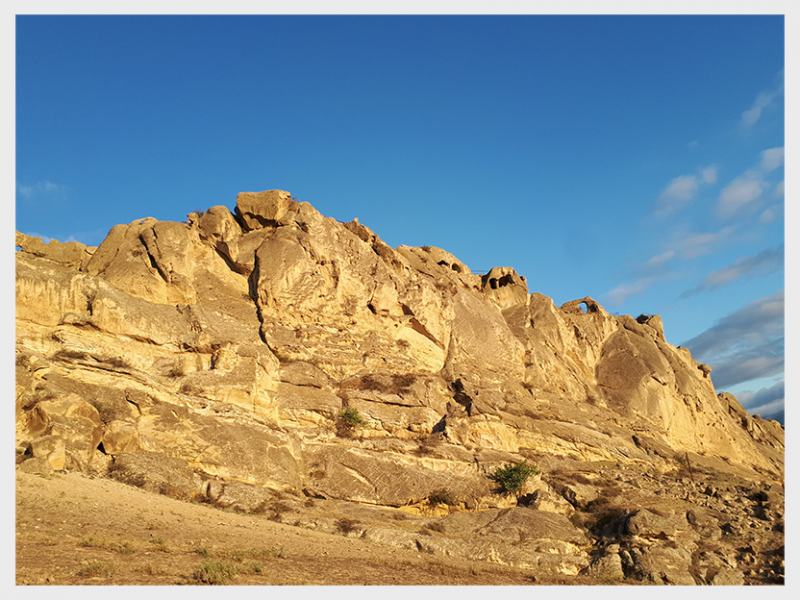 Mtskheta and Uplistsikhe – the genetic code of Georgians. 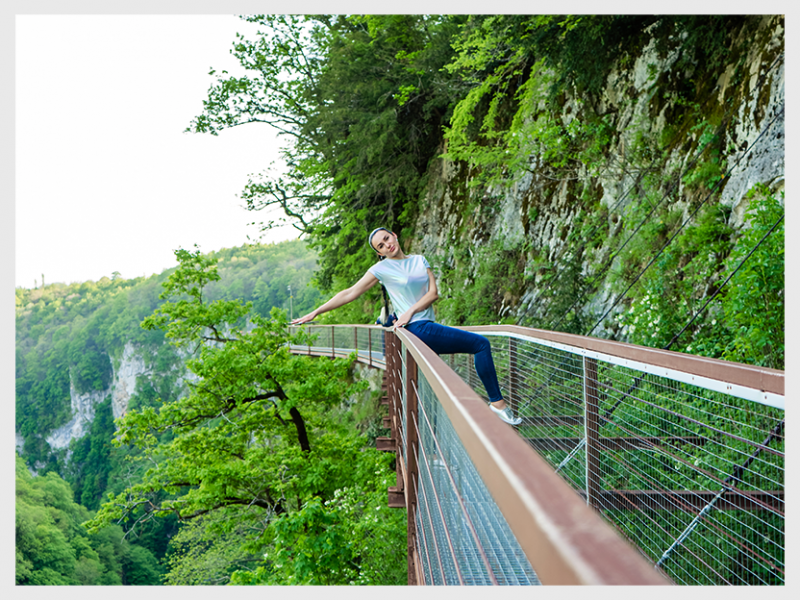 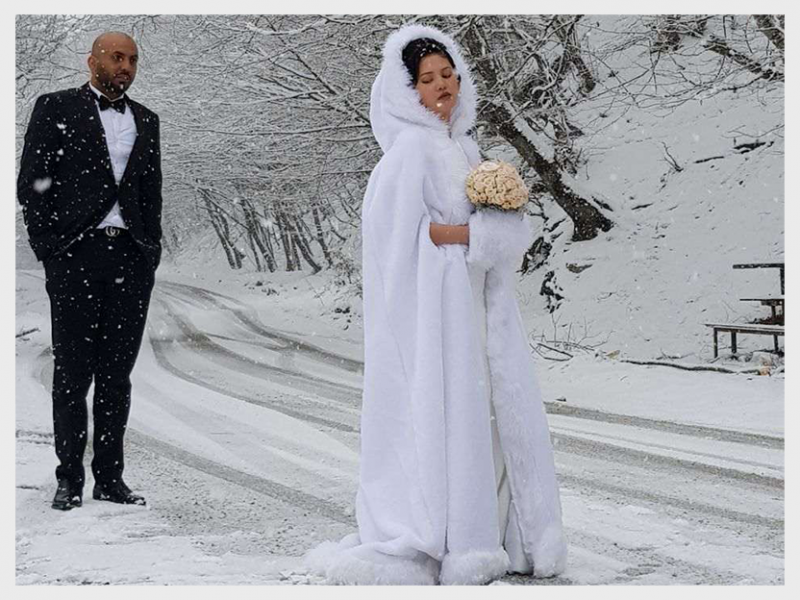